Top
Stay in the loop with DC's newsletter
Get it Now!

Lady Fleur Osborne knows several things to be true: her father would likely continue to turn away every suitor at the door, her sister could very well end up unmatched by fault of her clever mouth alone, and that Fleur herself is perfectly happy to say goodbye to the marriage mart and devote her days to caring for her father and his estate.

But fate, it would seem, has little care for Fleur’s wishes, and its plans are made known by way of two matchmaking fathers, a Viscount’s unexpected proposal, and a murderous flowerpot that thwarts their carefully laid schemes.

Evan Woolf has been content to stay away from the ton and its mischief, happily sequestered in his dusty library with his work, the choice in no way due to the chance of seeing Lady Fleur again. It has been too long since he has seen her, and the pain between them has deepened the chasm to bounds impassable.

But when the two collide in a scandal, the likes of which only France could provide, Evan finds himself given a second chance, and it’s one he won’t squander. And in the end, the flower and the wolf may find themselves in love once again, against all odds, and with a match made forever.

Other books to come in the Daughters of Regency series: 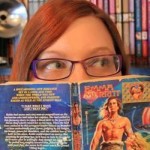 This was just the breath of five star fresh air that I was desperate for. This book came along just...

This was just the breath of five star fresh air that I was desperate for. This book came along just at the right time, it reminded me exactly of why I fell in love with reading romance novels and left my heart feeling very full. If you are in the mood for a sweet and charming novel then this will be just the ticket.
https://www.deannecherry.com/testimonials/breath-of-five-star-fresh-air/
The quality of this debut novel is outstanding -- vibrant characters, witty, sharp dialogue, and a sweet, heartfelt story about...

The quality of this debut novel is outstanding -- vibrant characters, witty, sharp dialogue, and a sweet, heartfelt story about two people who lost each other finding their way back together.
https://www.deannecherry.com/testimonials/debut-novel/
Marriage to a Mister is a very well written tale. The story is captivating and held my attention so much...

Marriage to a Mister is a very well written tale. The story is captivating and held my attention so much so that I read it through in one go.
https://www.deannecherry.com/testimonials/816/

Check DC out on Goodreads!

This website uses cookies to improve your experience while you navigate through the website. Out of these, the cookies that are categorized as necessary are stored on your browser as they are essential for the working of basic functionalities of the website. We also use third-party cookies that help us analyze and understand how you use this website. These cookies will be stored in your browser only with your consent. You also have the option to opt-out of these cookies. But opting out of some of these cookies may affect your browsing experience.
Necessary Always Enabled
Necessary cookies are absolutely essential for the website to function properly. This category only includes cookies that ensures basic functionalities and security features of the website. These cookies do not store any personal information.
Non-necessary
Any cookies that may not be particularly necessary for the website to function and is used specifically to collect user personal data via analytics, ads, other embedded contents are termed as non-necessary cookies. It is mandatory to procure user consent prior to running these cookies on your website.
SAVE & ACCEPT